An Antony Gormley sculpture in Edinburgh has had its modesty preserved after a mystery passerby on the Water of Leith dressed the naked figure in underpants with “bawbags” written across them.

The sculpture is part of the artwork 6 Times, which comprises six life-size figures – casts of the Turner prize winning artist’s body.

Located between the grounds of the Scottish National Gallery of Modern Art and the sea at Leith Docks in the Scottish capital, the artworks were originally installed in 2010.

Some of the sculptures were removed following issues with the tilting mechanisms in 2012. They were fully reinstalled in May. 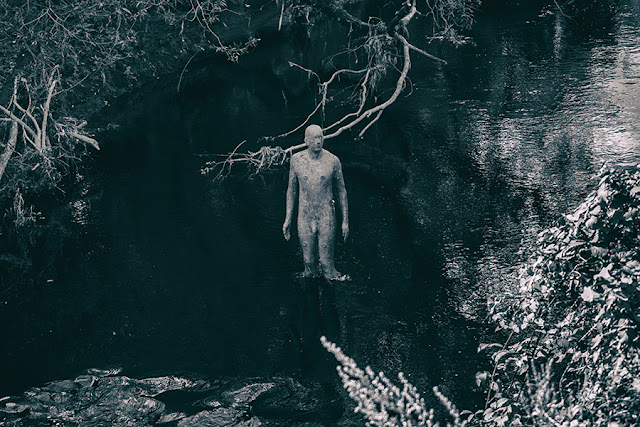